I recently got an X1 Carbon (7th generation) and I decided to install Linux Mint 20 on it, primarily because at least two people told me it was a good distro. One of the first things I wanted to get set up was fingerprint authentication so I could easily sign in without using my user password.

Several people have emailed me to let me know that this guide works on other Linux distros like Debian/Ubuntu, and other ThinkPads like the T450 and T460. But note that if you try it on something other than Linux Mint, you may need to install fprintd yourself.

First, let's update the fingerprint reader firmware. Run these commands borrowed from the Arch Linux wiki to update the firmware:

This will check for firmware updates and then update any devices that are out-of-date.

After updating the firmware, you might want to reboot – it's not required in my experience, but it doesn't hurt.

⚠️ Heads up: If you have an X1C6 or earlier, it likely uses a Validity fingerprint sensor, which requires a special driver. You can check to see if you have this reader by running lsusb and checking for a "Validity Sensors, Inc" or "Synaptics, Inc." device. Run through the setup here if you have one: https://github.com/uunicorn/python-validity#setting-up

Next, we need to install the PAM module for fprintd so that it can be used as an authentication method alongside a password. Run this commands to do so:

Now that the module is installed, we need to tell the system to use it:

At this screen, make sure "Fingerprint authentication" is selected, then select "Ok" to save.

If omitted, it will default to the right index finger. Once run, press a finger on the sensor several times from several different angles. When the program exits, you are done.

If you do not have fprintd-enroll, then you may need to install fprintd with apt. It was already installed in my case.

Once your fingerprint has been enrolled, you can test it out using fprintd-verify, which is a simple application that verifies a fingerprint swipe. Run it, press the finger you just enrolled on the sensor, and it should work!

I wrote this article because it took me some digging through Reddit, random forum posts, wikis, and Stack Exchange to figure out exactly how to get fingerprint auth working on my X1C7, so I hope this helped at least one person save time on theirs! 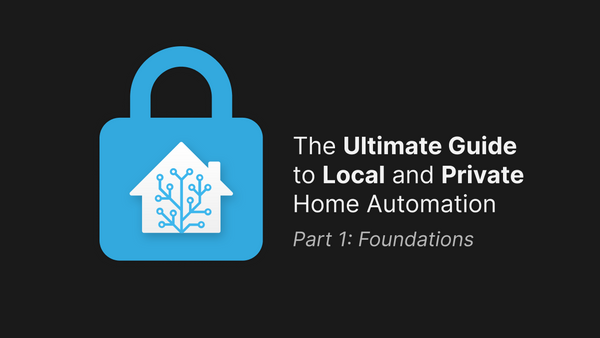 The first in a series of posts about how to stand up your very own local and private home automation system using Home Assistant.

Add indoor AQI to your Home Assistant instance with an existing PM2.5 sensor.

There is a Blender bug which prevents bloom from being exported properly when transparency is enabled. Here's how to get around it.